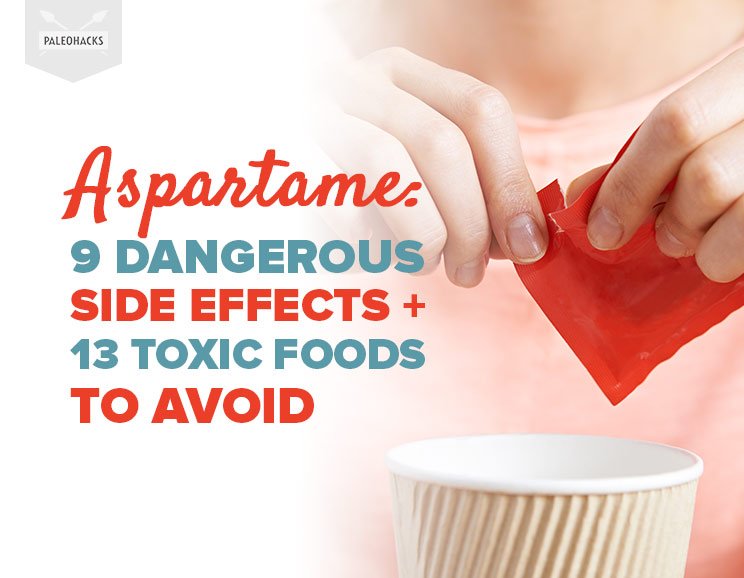 It’s sweeter than sugar and has zero calories, but aspartame is far more toxic than natural sweeteners. Here’s why.

Most of us already know that this chemical is too good to be true.

A common ingredient in diet soda and “low calorie” processed foods, aspartame does more harm than good when it comes to your health.

Side effects of aspartame are even more far-reaching than actual sugar.

Read on to discover why (and how) you should avoid this chemical at all costs.

Aspartame is an artificial sweetener that goes by many names, some of which you probably recognize, including

It is added to over 6,000 packaged foods worldwide to enhance sweetness without adding sugars or calories and runs rampant in “diet” and “sugar-free” labeled products.

Aspartame is composed of phenylalanine, aspartic acid, and methanol, all three of which can be toxic in concentrated amounts.

The way the body processes these ingredients contributes even more to their toxicity as they’re easily absorbed into the bloodstream and can cross the blood-brain barrier. 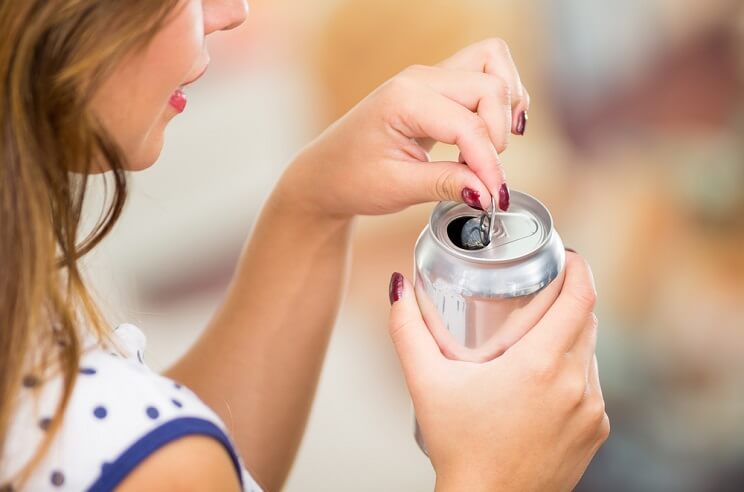 One of the most common claims surrounding sugar-free, aspartame-containing products is that they help with weight loss.

Manufacturers reason that aspartame’s sweet taste can help quell your sugar cravings without adding calories to your diet, which would theoretically lead to fat loss.

Unfortunately, the opposite is true.

Adding aspartame to foods is associated with increases in weight and waist circumference and a higher incidence of obesity.

Adding aspartame to foods is associated with increases in weight and waist circumference and a higher incidence of obesity.

How can this happen when no calories are being consumed? There are several theories put forward by researchers.

One is that artificial sweeteners, like aspartame, confuse your body’s interpretation of sugar.

When you taste something sweet, your body expects a certain amount of calories to come with this taste.

When they don’t, the confusion your body experiences can alter the way it responds to the calories in real sugar, with one of these responses being weight fluctuations.

Another theory is that artificial sweeteners negatively alter your gut flora composition, which can lead to weight gain.

This is because an overabundance of bad bacteria in your gut can lead to inflammation, insulin resistance, and changes in how your body stores fat cells.

Research shows that aspartame also does a number on your kidneys.
Specifically, scientists have found that introducing artificially sweetened soft drinks to the public resulted in a significant decrease in overall kidney function.

Interestingly, they also found that artificial sweeteners like aspartame actually cause greater and faster kidney decline than regular sugar-sweetened sodas.

While the researchers were unsure of exactly why artificial sweeteners caused this decline, they did mention the increased risk of developing an association with diabetes and obesity could be having an effect.

A metabolic syndrome is a group of symptoms that, when occurring together, are an indicator of developing heart disease and/or diabetes.

Aspartame worsens these symptoms, with research showing that it can increase your risk for diabetes, as well as worsen glucose intolerance and interfere with normal insulin behavior.

One of the reasons why this could be occurring is that artificial sweeteners alter your gut flora, which changes the way your body breaks down and uses nutrients while also creating inflammation. 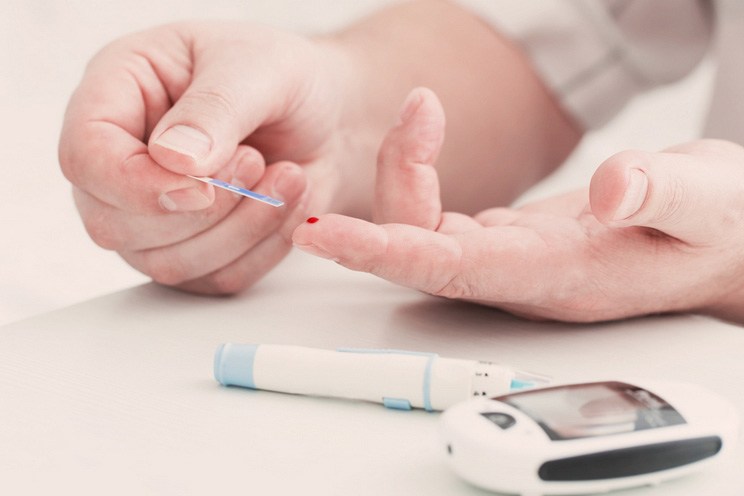 As mentioned above, aspartame is linked to the development of metabolic syndrome – a group of symptoms that includes Type 2 diabetes.

Not only do artificial sweeteners like aspartame alter your good gut bacteria to create glucose intolerance, but they also impair your body’s ability to use regular sugar normally by confusing your brain.

When you eat something as sweet as aspartame, your body expects a certain number of calories. When it doesn’t receive them, it begins to respond differently to the calories in real sugar by either not responding to glucose by releasing insulin or releasing too much insulin.

This can have a huge effect on your blood sugar levels.

In addition, other research revealed that people consuming diet soda daily had a 67 percent higher chance of developing diabetes than those who didn’t.

Aspartame can also be particularly harmful to the brain.

One study showed that aspartame consumption caused distorted brain function and cell death in certain brain regions, while another showed that healthy adults who were fed aspartame performed worse on spatial orientation tests than before they had consumed it.

To top it off, aspartame is shown to impair memory performance. Researchers believe aspartame’s impact on your brain results from oxidative stress, or DNA damage from aspartame, as well as its negative effects on glucose that can cause less to be available for brain fuel.

Long-term studies show that aspartame is a “multipotential carcinogenic agent,” meaning that it can promote the development and growth of a wide variety of tumors and cancers.

The scariest part? These cancers occurred even at doses well below the “acceptable” legal amounts.
This means that while you may not notice any side effects from consuming aspartame once-in-a-while or “only in your coffee,” you may be setting yourself up for cancer years down the road.

Along with increasing the incidence of metabolic syndrome and diabetes, consuming aspartame and other artificial sweeteners are shown in studies to create “metabolic derangements” that lead to heart disease by interfering with glucose regulation.

These derangements include messing with how your body normally handles glucose or sugar digestion, as well as interfering with your body’s ability to balance your energy intake (aka, how many calories you consume versus how many your burn). 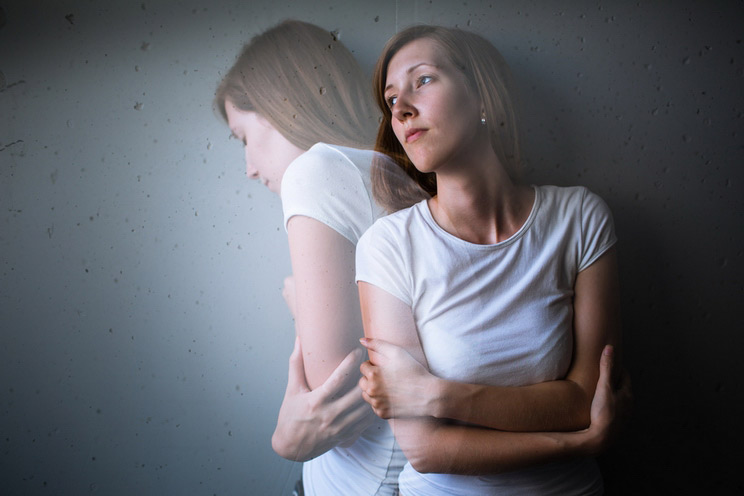 Aspartame is not only linked to brain damage and distorted brain function but can also have serious effects on mood and mental behavior.

Studies show that aspartame can cause neurological and behavioral disturbances, such as worsening mental disorders, inhibiting your ability to learn, and interfering with emotional functioning.

In addition, researchers mention that headaches, insomnia, and seizures are commonly reported from consuming aspartame.

The theory behind why artificial sweeteners like aspartame are linked to these brain disorders is that they cause changes in the amounts of norepinephrine, dopamine, and other chemicals in certain brain regions, resulting in imbalances that create mood disorders.

Aspartame may also be harmful to unborn babies.
Researchers have discovered that women who consumed methanol – one of the main components of aspartame – were significantly more likely to give birth to children with autism.

Scientists believe this is caused by aspartame’s damaging effect on the central nervous system, as well as increasing the toxicity risk during fetal development. 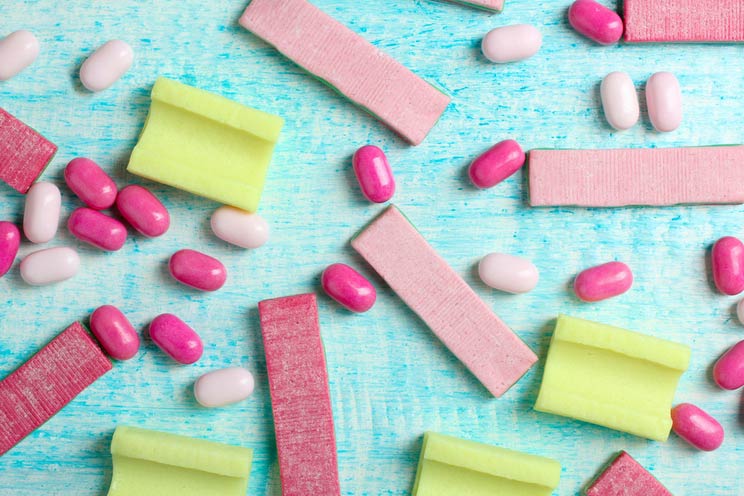 Aspartame is in many foods marketed as “healthy.” When you read this list and your labels, remember that aspartame is also hidden under the names “acesulfame K, NutraSweet,” and others, as mentioned earlier.

Always read labels, as many brands such as Centrum, One-A-Day, and even Flintstones Vitamins were found to be sweetened with aspartame.

A quick way to tell if something contains aspartame is to look for the term “sugar-free.”

Most packaged foods (ice creams, chocolate, drinkable yogurts, syrups, etc…) that state they’re sugar-free are sweetened with aspartame and so processed you wouldn’t want to consume it anyway.

Luckily, there are many alternative and natural ways to sweeten your favorite foods without relying on aspartame. These include:

While these ingredients do contain sugar, it’s the 100 percent natural variety that comes with beneficial enzymes and nutrients.

The great thing about following the Paleo diet is that you’re aiming to avoid processed and packaged foods altogether, which naturally keeps things like aspartame out of your diet.

Just be sure to always double-check your labels when you do buy a packaged product to be sure you’re getting only real food ingredients.

Even if it is an indulgence that contains natural sweeteners like honey or maple syrup, this is a much better and healthier option than eating an artificial chemical in order to stay sugar-free.

Pepsi Bottling Company is voluntarily recalling certain Diet Pepsi 6 pack products due to mislabeling, according to a Department of Defense All Food and Drug Activity message sent on April 9.

The outer wrap of the recalled product incorrectly states "Aspartame Free," but the bottles do contain Diet Pepsi with aspartame. Apr 10, 2018

"Aspartame Free," but the bottles do contain Diet Pepsi with aspartame.

The Senate Labor and Human Resources Committee heard testimony on health concerns about Nutrasweet, an artificial sweetener, related to the adverse neurological and behavioral effects that had been seen in some consumers of the product.

Aspartame: The Bitter Truth Behind This Toxic Sweetener

Watch this special video about aspartame and discover the truth behind this toxic artificial sweeteners.

You may even be surprised how it affects your overall health.

Could dangerous chemicals be hiding in the foods Americans eat and drink every day?

They just may be more common than you think.

For thousands of years, people have sweetened food and drinks with honey and sugar.

Some people, concerned with calories, use artificial sweeteners, like aspartame.

Some early sugar substitutes were found to cause cancer, and have other ill effects on health.

Aspartame The Dangers and Side Effects (Part 1 of 3)

Dr. Joseph Mercola, the author of two New York Times best-sellers, exposes the questionable history of aspartame and why you should stay away from this dangerous artificial sweetener if you care for your health. (Part 1 of 3)

Are Equal (Nutrasweet) and Splenda BOTH Bad For You??

kazameltis  I CAN'T BELIEVE THIS! I trust the FDA approved food and drink! All this time it was killing me and my family!? I won't stand for this! I'm going to inform my family to stay away from these products

Leesa Jackson they're trying to kill us.... do not use these products, The FDA doesn't give a f*** about people all they care about is the mighty dollar. It's poison...

WARNING: Aspartame Has Been Renamed And Is Now Being Marketed As A “Natural” Sweetener: Amino Sweet

About 6000 product contains Aspartame. We show the popular ones

Food Standards in New Zealand in 2007 admitted they never did studies on aspartame and relied on the FDA.

In England, a business proposition was used to approve it.
Parliament had a blowout and the story was published in the Guardian.

No studies were done in the UK. By now 100 nations have rubberstamped G. D. Searle's fraudulent and corrupt data with FDA's blessing so Don Rumsfeld's aspartame disease has become a plague upon all mankind.

Aspartame is an artificial sweetener that goes by many names, some of which you probably recognize, including

TRY TO MEMORIZE THOSE NAMES SINCE YOU HAVE SOME BRAIN LEFT

How Aspartame Effects the Brain - EcoWatch

Is Aspartame Linked To Memory Loss?

Aspartame: One Of The Tops To Avoid

Aspartame: soda poison for your kids

Research shows a possible link between aspartame and tinnitus

What Do Artificial Sweeteners Do to Your Body?

Diet soda may be hurting your diet

Say NO to Aspartame: The 'Hidden' Danger

Donald Rumsfeld and the Strange History of Aspartame